I have several OCs, each with their own story and context, and I love them all, so I wanted to showcase every single one here for all of you to see!(fanart is always welcome and appreciated ehehheheh) 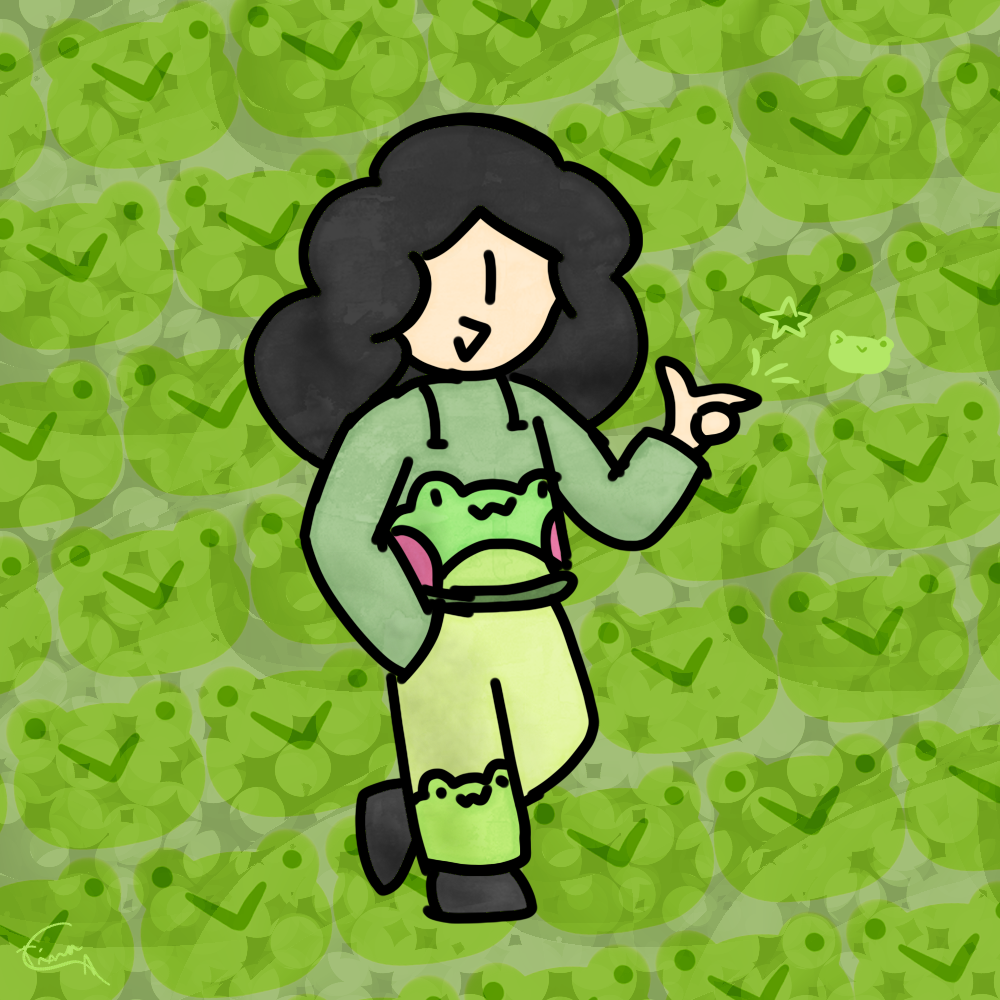 Heheh, I am my own oc, how cool is that!!! Nah, not really, but I use this character to represent myself on online spaces, specially on my social media avatars and this website! I used to draw them wearing a red flannel and blue jeans (like this!), but I recently got the idea of changing their outift to be more frog-like from my partner, thus making frog more accurate as a representation of myself. Sometimes I draw them with other clothes that I own in real life!

Silent, deadly, and most importantly... small. That's Zafi, the character I currently roleplay as in Dungeons and Dragons. She has come a loooooong way up until this point, with several design changes, some new friends, lots of trauma, and a dark past, now forgotten due to her amnesia. She might also hold the world record for being the DnD character who has cried the most in the world, or at least, that's what every other player and the Dungeon master says. Her old designs are avaiable on my ArtFight profile 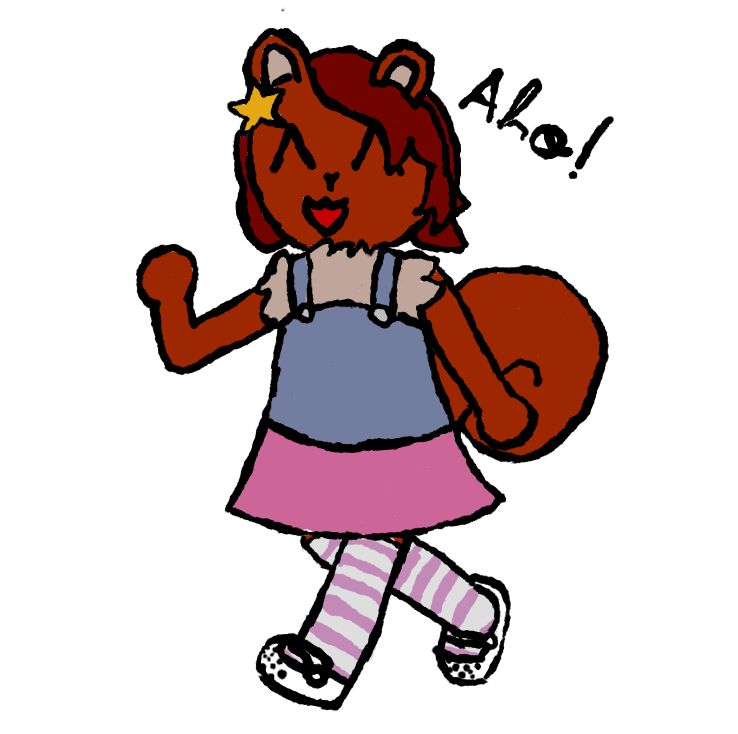 Squeak! This was my attempt at making a sort of "fursona", which ended up just being a furry OC. I co-designed her alongside my girlfriend, who has helped me a lot on the clothes aspect of her design. She's an Animal Crossing fan! 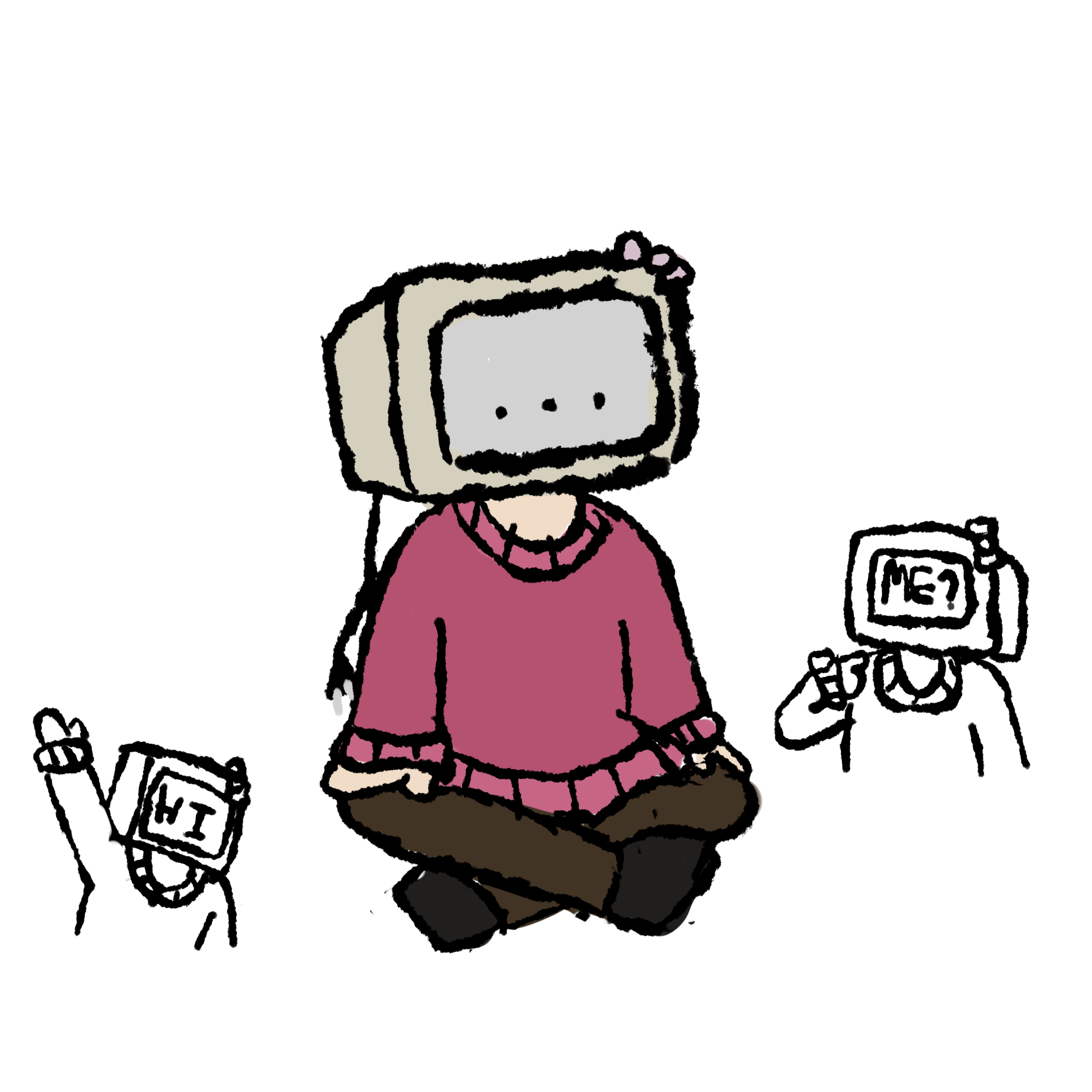 Could you believe that for the longest time, this character was unnamed? And when I say longest time, I mean like, iunno, probably four or five months. The thing in their head is a vintage PC monitor from the 90's, which can only display words of up to five letters, as a consequence communication can become really difficult for them, not helped by their shy personality. The name translates to "PC" when run through a Polybius square decypher. 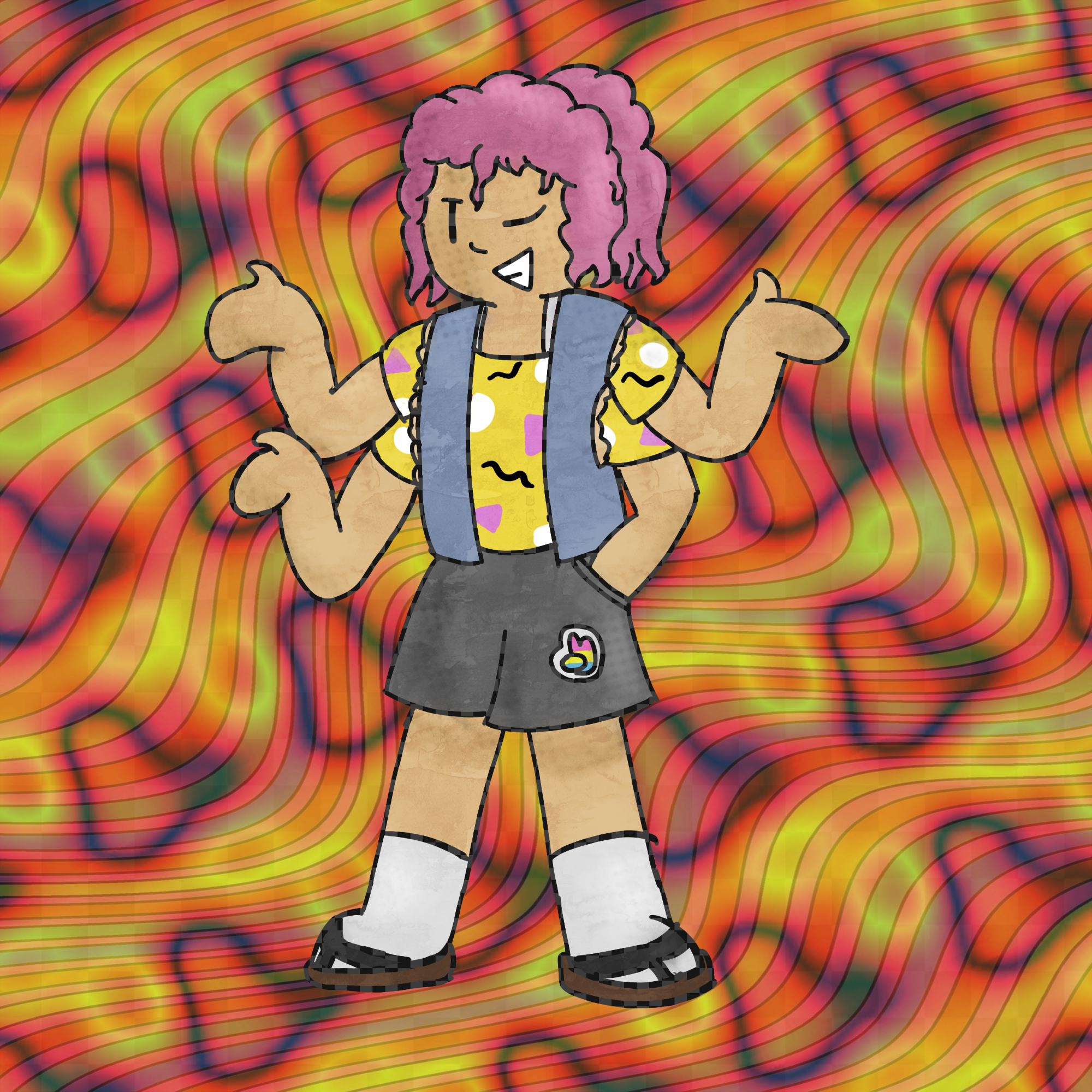 I had the idea for this character because I actually encountered them in a dream! As far as I remember, in the dream, they were the main chraracter in an animated show where they were a brawler who fought lots of monsters with their bare hands. I thought that was really badass, so I thought that I might as well could make them a reality! ..sort of. The nonbinary wristband on their upper right arm was also part of the dream, so they were nonbinary from the very start!

Looking for a ghost friend? Then please avoid this one. Limón is a BIG motherfucker who only likes being rude to people, causing trouble, making fun of others, and doxx people online. He does NOT like you or anyone else, at all, though he's fine with 3513, for whatever reason. Oh, and if you have your own universe with your own OCs in it, Limón is sadly canon in it as well, only to spite you. He wears his hat because he thinks it's the most badass thing ever. 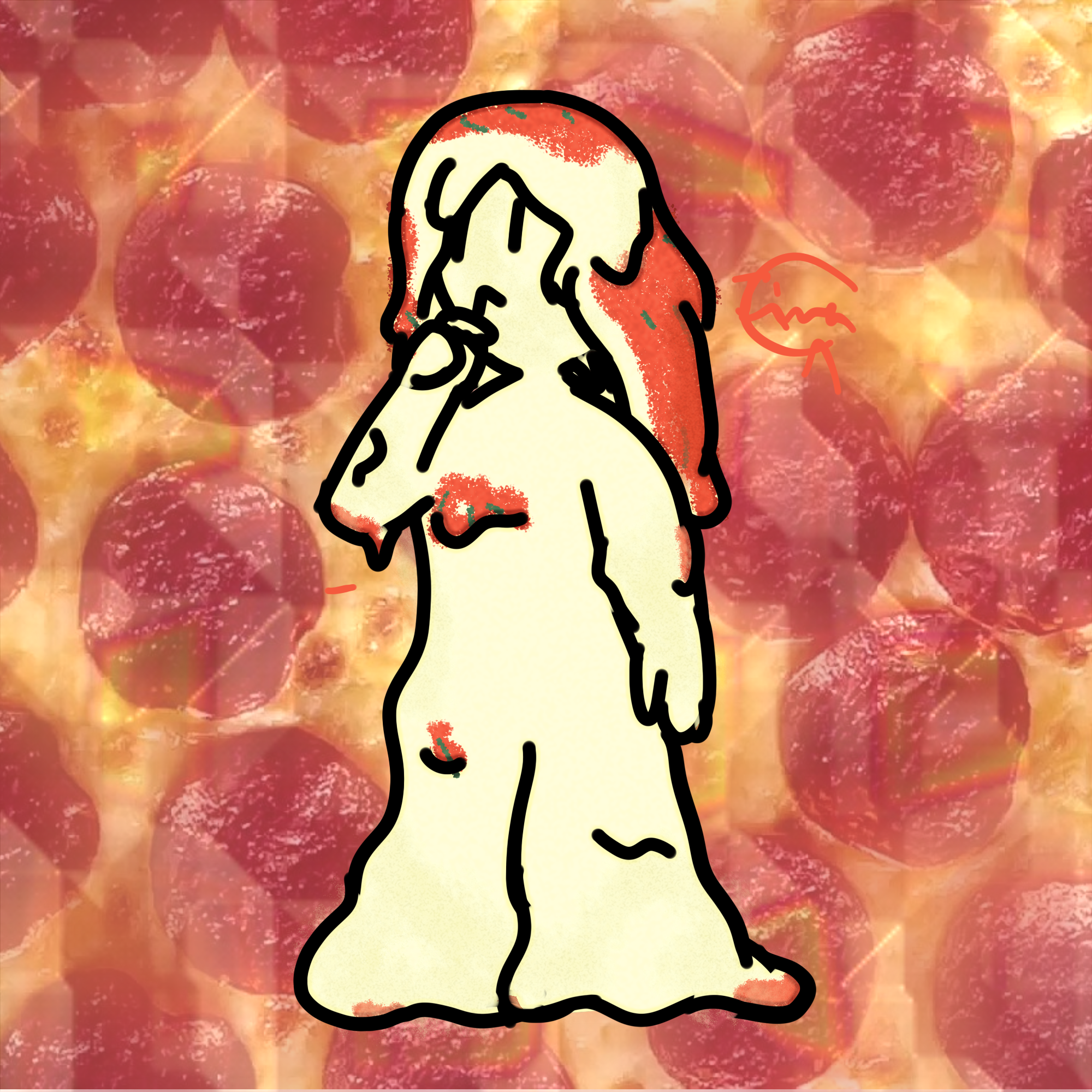 Ever wondered what a pizza slime would look like? No? Well, I don't care, here's Pecorinna! A slime mostly made out of cheese, with pizza toppings on top (like... the toppings of a pizza). Although her name comes from the Italian cheese "Pecorino" (like parmesan, but with goat milk), her consistency is more similar to slime with a texture resembling melted cheese, like provolone. Her body is slightly warm, but not burning hot like you'd expect with melted cheese. However, she gets warmer when she gets flustered or starts blushing. Which is bad! Because that makes her melt even more. 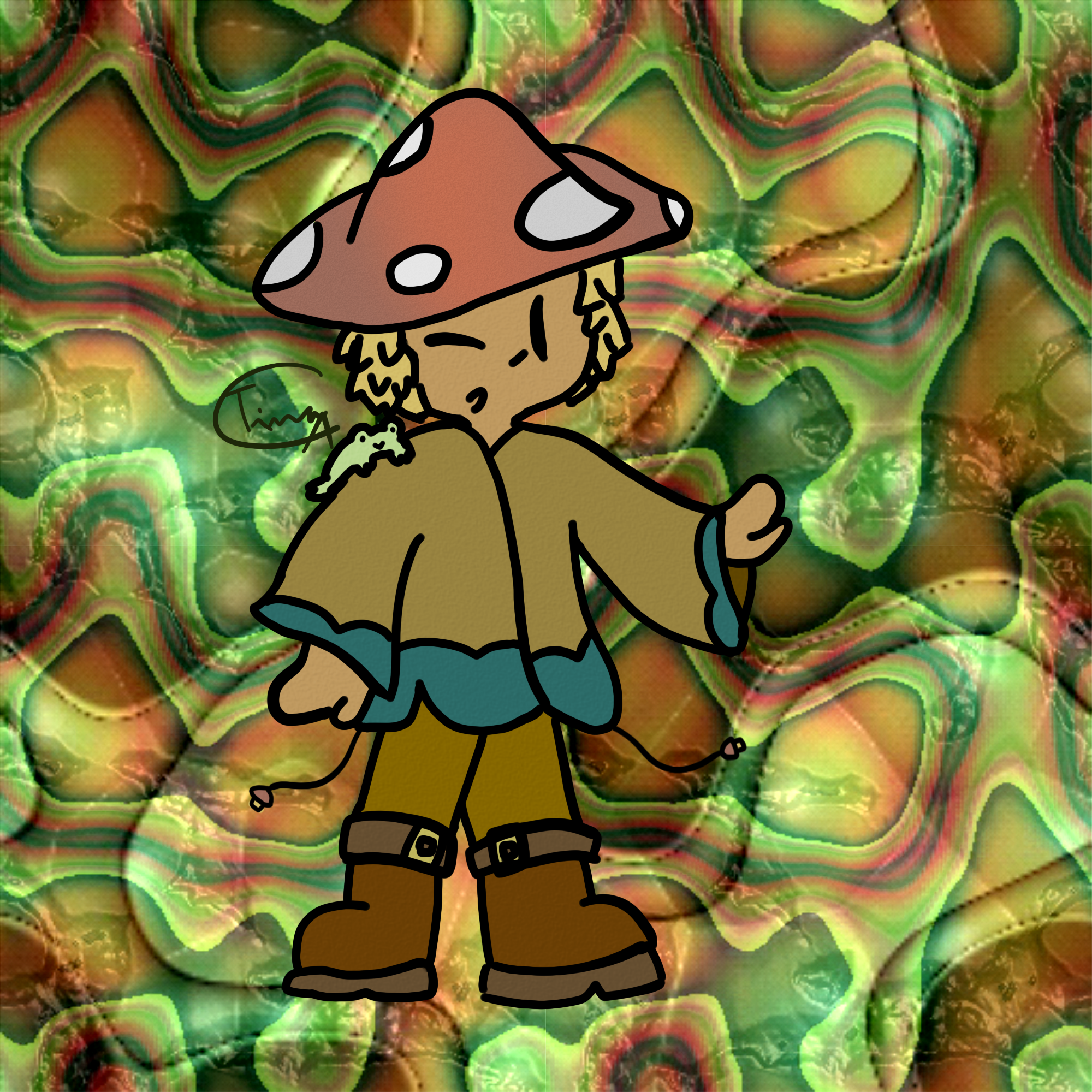 Behold! A fun guy! This is Bowa, the fungus guy, and his beloved pet Kipp. He's a child from the forest who likes exploring the city and playing around!